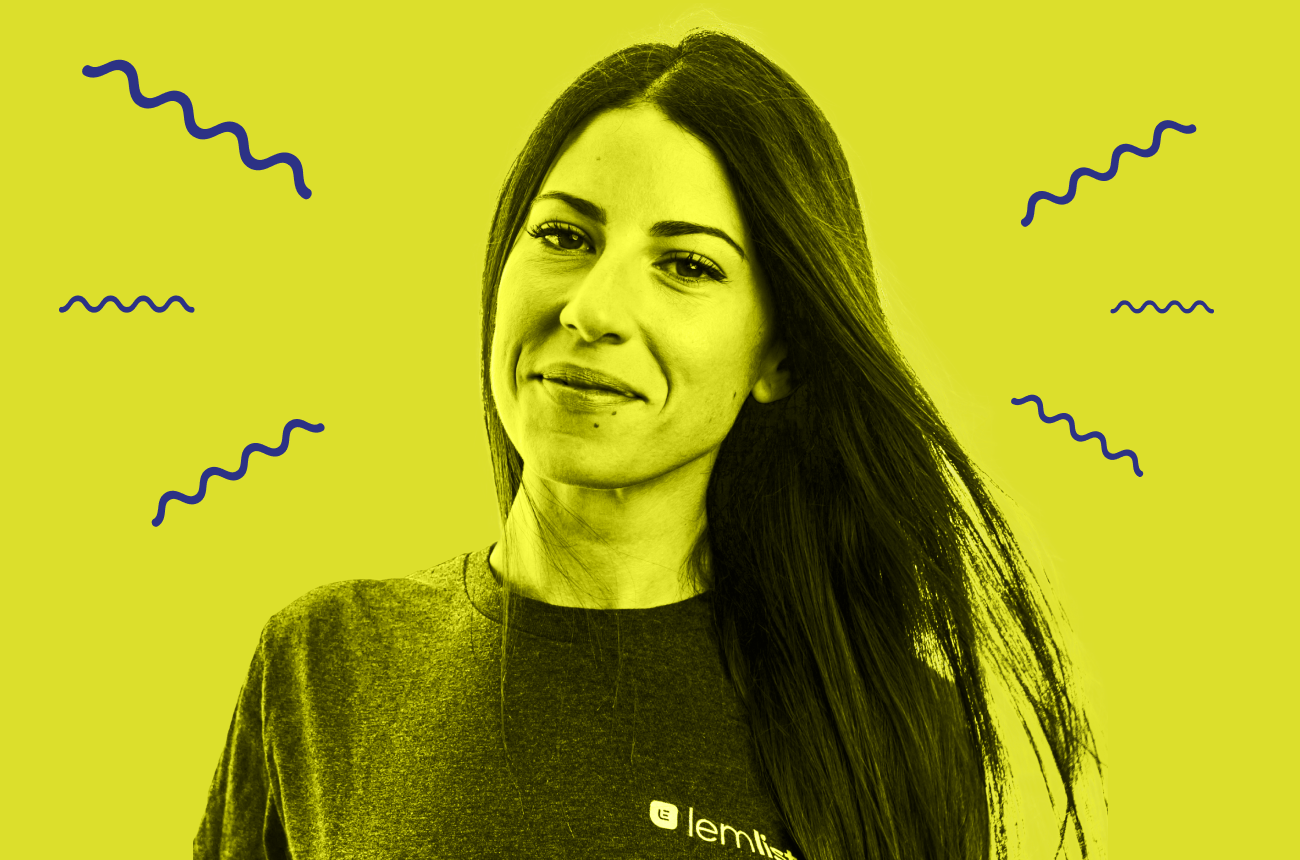 Nadja Komnenic, Head of Business Development at lemlist, talks to Gradual`s CMO Dmitry about her path in sales and the importance of training salespeople.

My journey in sales has been bumpy.

Then when we raised our Series A round of investment, I was asked by our CEO to step up and form the sales department. So going from there, I was also developing the sales team, setting up the sales processes, scaling the outbound team itself, and afterward, always managed it. So my journey to sales was through marketing, as it happens to most of us.

I think the biggest challenge is the fact that not every single salesperson is the same and has the same skill set. I am so approaching each person differently. Some might be better at copywriting. Some might be better at communicating. Nonetheless, scale that training because, for example, you have three people joining your team. The things that you need to work harder on and probably more on differentiate between the team members. I would say that having this balance between an individual approach to each team member and having a kind of standardized and scalable sales training is the challenge that I see, like most of us, face.

I would say that it's all about not neglecting each aspect, so whether they're good at something or bad at something, both sides should be coached on and emphasized. So even if they're good in, let's say, doing live demos, this is not something you neglect and just like leaving them to it. But you should cater to any place where you can add more value in coaching them. For example, if somebody is not strong in the emails, this is where maybe a bit more effort will be put in and emphasized. Nevertheless, I wouldn't say you should neglect any part of the training or kind of elected to a gut feeling that somebody's good at something.

However, I would say that it's someone like, at least for my onboarding, we go on segments, it's going to be first the identifying knowing more about the industry than the product than our ICP and then going through the topics you will learn how much time you should spend on each.

One thing we were using basically to document every single thing we're using in Notion. It is a place for our resources. We have it simply because we are in the sales enablement industry, and our product helps automate cold emails. The first initial parts of our onboarding consist of two master classes.

The first is called “E-mail master class,” and the second is “LinkedIn master class,” which we have entirely optimized so that once they go through that courses, we can see the completion rate, etc. We record everything that we can because we have many newcomers joining. However, most of our resources are saved and segmented in the Notion, so anytime that person enters, we would go, as I mentioned, people go to the industry, then to the product, then to the ICP.

Each department can benefit from having resources on how to onboard people, so whether you're in sales, marketing, or support, you would more or less get similar resources when it comes to the content itself. On the content side, everything is synced in the ocean, and sales reps can learn everything through videos or content they would go through alone. Regardless, I do live sessions with the team members that join, and we have live product demos or ICP breakdown sessions, etc. And the crucial part is that they always shadow previous team members already on the team so that they would follow their calls, chat with them, and anytime they have questions.

Lemverse is our virtual office, so this is where they got it, so we have small conference rooms. So we would be able to work as if we would in person.

We build the culture around the value of everyone's growth.

If you join Lemlist, we will support you from all sides, whether through content or my support and others. But anything on top of that, like I, always make sure to send any links to some webinars. For example, podcasts that I find helpful. I encourage it to take them to. The way to motivate them is really kind of coming from the culture itself because one of the ways that we also identify if somebody is a good fit for Lemlist or not after the trial period is how much they're kind of taking are being proactive in owning their growth in the upscaling and learning and coming up with their ideas.

Anybody who watched any webinars will share their experiences. So it's a cultural thing as well that we have built-in Lemlist where you see everybody else is doing it, so it kind of motivates you to do the same. And however, for me, the motivation will always come from our weekly team meetings, where we would bring up our ideas. And then it's just kind of a joint effort from everybody from the team so that you kind of feel it's kind of a standard part of your work to do it. There are no specific rewards or motivational aspects of the process that we would have in place, but it's just part of our culture.

I would say that do not rely only on your manager to give you tasks and ways for you to improve yourself. I would say that your growth depends only on you because companies can even give you a fantastic amount of resources, but if you're not the one going through them and learning them and using them, it's going to be a waste of time at the end of the day. So your growth depends on you. And whenever you're thinking or wanting to say, “My company has not worked on my personal or professional development,” I would say that the resources are there, whether from your company or online. You can always find them. It's just on you to own your growth and be self-responsible for it.

Why even have sales reps?

That's one of the most common fears that if somebody goes in their path, they're not going to be able to track everything. The metrics are going to be off, and it's just like your build this needs to control everything, and this is where I see a lot of mistakes from that is being made is that then you're kind of limiting your reps to use their creativity and use their way of thinking and leverage what makes them unique because at the end of the day everything in sales at least can be automated.

And if you weren't using their creativity in their brains to bring something new to the table. I mean, why even have sales reps? Why not automate everything? Just this inability to kind of let go of a bit of control and to give ownership to the sales reps, I think, is a widespread mistake.

Make mistakes. At the end of the day, if you want to make progress, and if you're going to experiment, you need to be open to having some mistakes happening, and as long as you're learning from those mistakes, it's never going to be a failure. It's going to be a successful experiment. Get up with you knowing that something will not work and be able to fail.

I think it's just a matter of practice and all the time. Kind of reminding yourself not to do it, because obviously, I was in the same situations where I saw a recent hire make a mistake, and then I would feel the need to jump in and fix it and then even talk to the client myself instead of letting them finish the conversation until the end. And it's when you're self-aware and understand that you're doing this. You shouldn't. That's when you kind of stop, and it's about also owning your own mistakes and kind of coming up clean about them in front of your team members as well, if nothing else, so that you all evolve as a manager as well as you're not perfect, you're going to have to learn from your mistakes as well.

Still, I would say they're like having this self-control and the ability to always best yourself. I'm not sick with just being aware of your actions, and if you see that you are constantly going back to fix what your reps have done, just asking a question, “Сan this be sold via coaching and helping them understand how not to make this mistake again? Or is it going to be better solved if you jump in this scenario, and then you will always have to jump in every time this happens?” —, that failed. That idea died in the end.

What kind of impact I can have on salespeople and women worldwide.

A call that changed my perspective of sales was not even a sales call, so it was not a call with the client. It was with the person that they had the networking chat with.

The call came from one of my LinkedIn posts that I've been writing about SVR sales, people, mental health, etc. There was this girl that reached out to me via LinkedIn for a networking chat and wanted to have a quick call, so we ended up going on a call, and basically, the problem that she's been facing was that she was in a male-driven organization, so she was her, and her teammate were the only women in the company of 60 plus people. So the question she had was how to stand up for herself as they are also women in a male-dominated field.

It was really like about her personal growth and involvement in the company itself, and after the chat itself, based on the kind of devices that have given to her, she stepped up and talked to her CEO. She got a promotion and became a right hand to the CEO. So this call itself, although it wasn't related to the sales at the end of the day, changed my thinking about the impact I can have on salespeople globally. And that's what kind of giving me the mission aside from mine at Lemlist, what kind of impact I can have on salespeople and women worldwide.

Learning from your mistakes.

Sales are complex at the end of the day, as is any, I would say other departments in startups specifically. I would say that whether you're a sales leader or a person going on a sales journey and about to become sales later, maybe one day, have patience with yourself and don't be too hard on yourself.

Nevertheless, be patient with yourself, knowing that it's a process, a journey and that as long as you learn from your mistakes, you're on a good path, and everything will be okay. I think this is critical so that you're taking a step-by-step journey, and not you don't have to be perfect today as nobody is.

Thank you! Your submission has been received!
Oops! Something went wrong while submitting the form.

The rich text element allows you to create and format headings, paragraphs, blockquotes, images, and video all in one place instead of having to add and format them individually. Just double-click and easily create content.

How to customize formatting for each rich text

Headings, paragraphs, blockquotes, figures, images, and figure captions can all be styled after a class is added to the rich text element using the "When inside of" nested selector system. 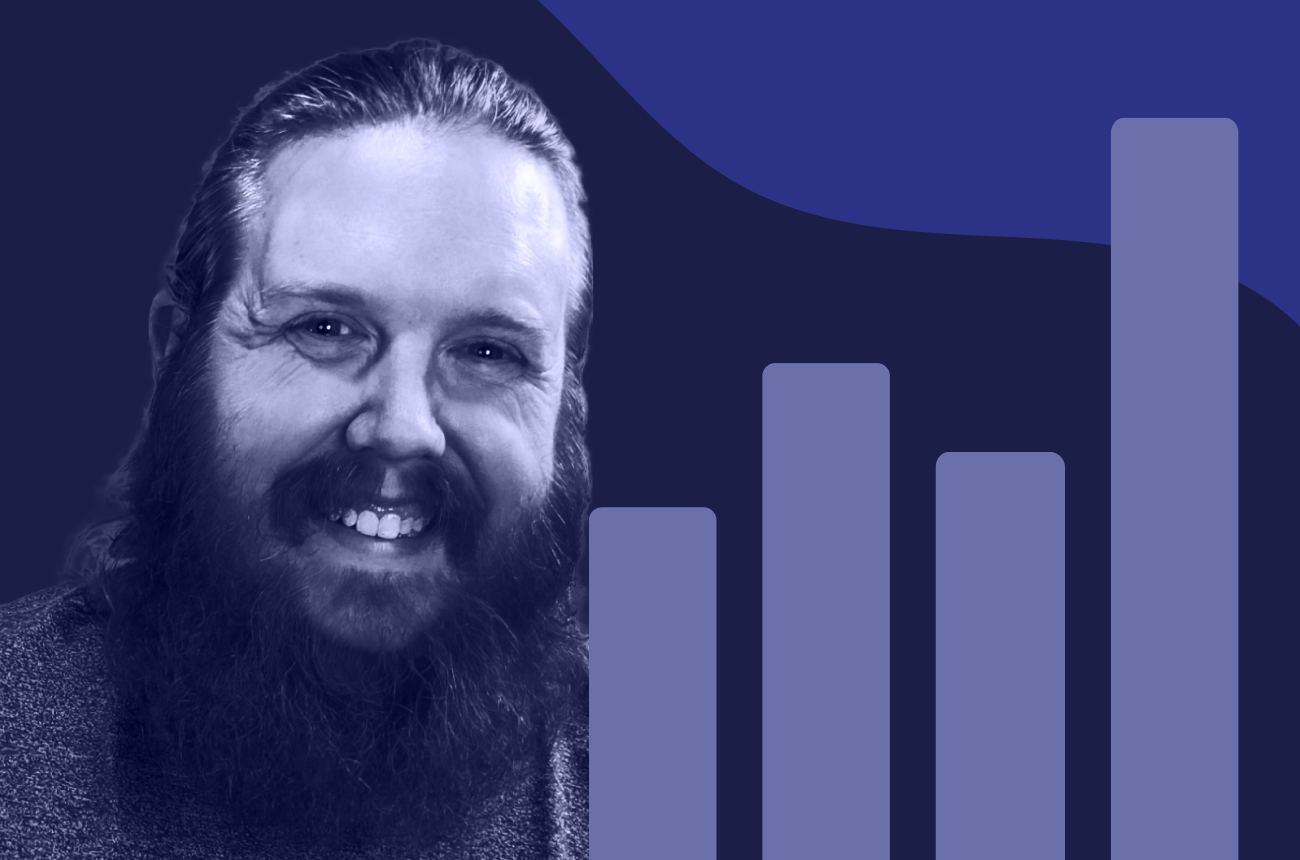 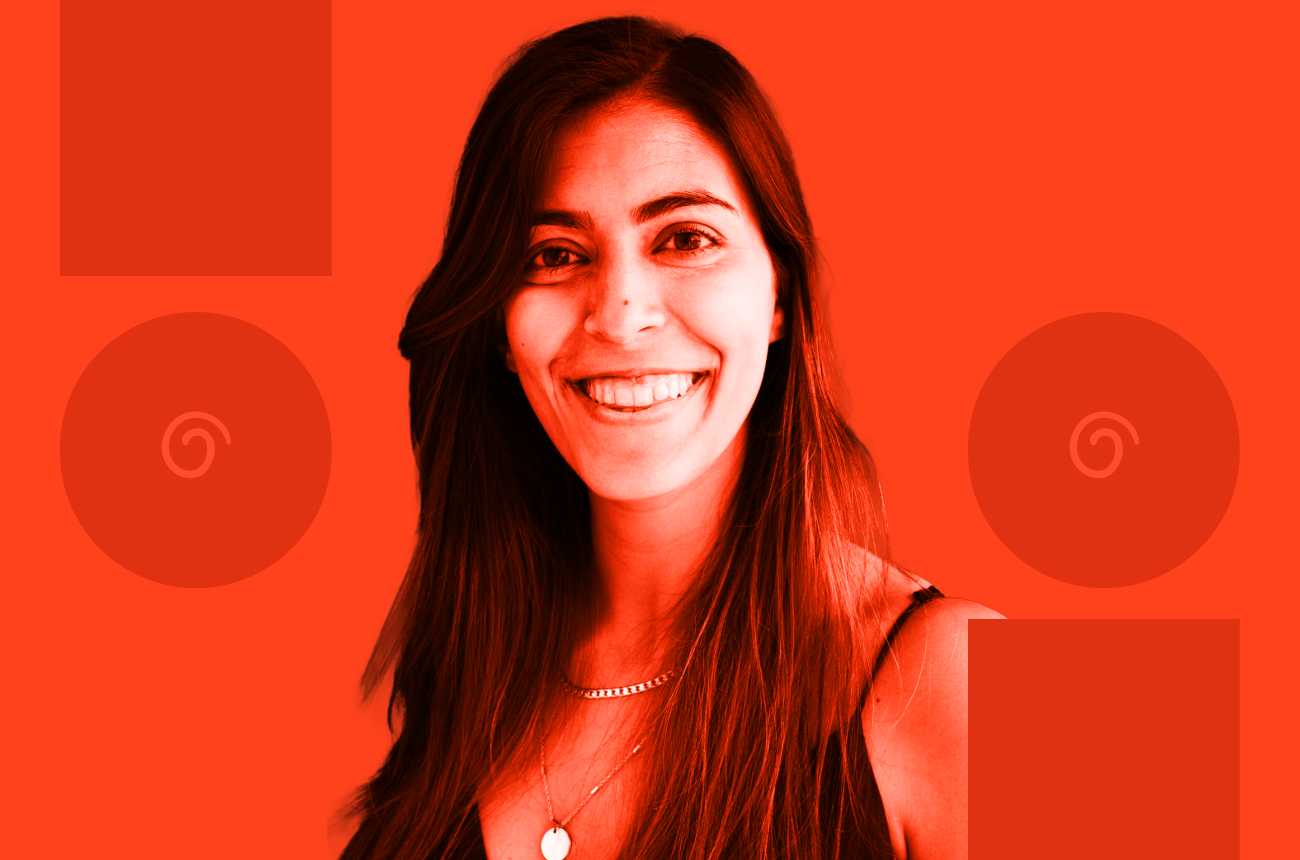 Zahra Jivá: Why Is Sales Team Training So Important?

Zahra Jivá, Director of Global Strategy at Pipedrive, talks to Gradual`s CMO Dmitry about her path in sales and the importance of training salespeople. 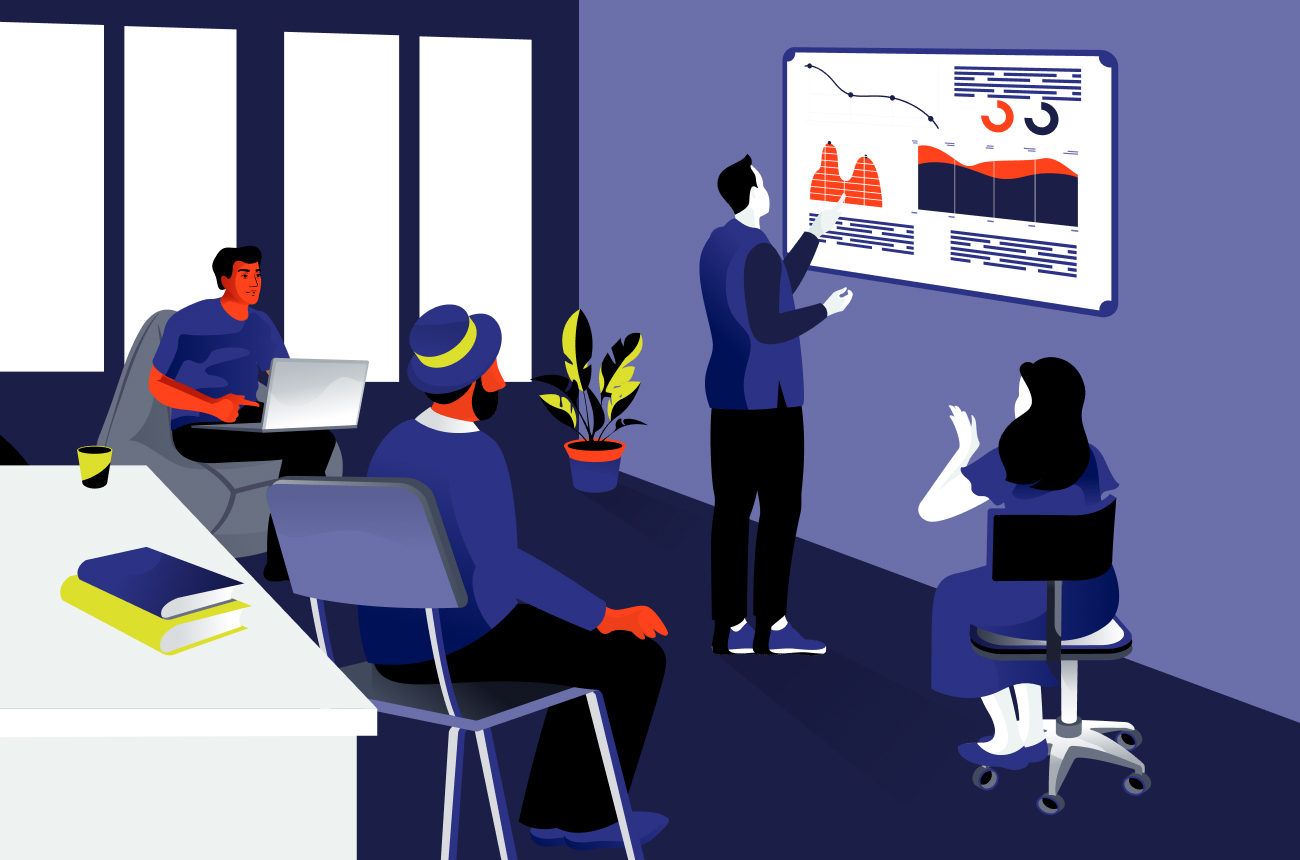 Take a short survey, and compare your salary to other sales professionals!